We were holding virtual meetings, but have returned to our usual venue at the Nursteed Centre

The Devizes Branch has resumed face-to-face meetings on the third Tuesday of each month at 7.30pm.  See below for details of the venue.  Everyone is welcome, and there is no charge.  We are considering introducing some virtual Branch meetings in 2022.  Please keep an eye on this page for any changes.

Tuesday 19 October - at the Nursteed Centre: Members' Evening  for informal sharing of research, ideas and questions.

Tuesday 16 November - at the Nursteed Centre: respected local historian and author Mike Stone will tell The Story of Food in North Wiltshire, 1660 – 1960.

Tuesday 7 December (note: first, not third, Tuesday) - at the Nursteed Centre:  details to be confirmed.

Tuesday 18 January - at the Nursteed Centre:  Dr Penny Walters, well known for her wide-ranging knowledge of most things to do with family history, will talk about Irish Heritage.  About 70 million people claim Irish heritage, so many are keen to research their Irish roots. This talk looks at the information that is available in the absence of a number of key Irish census records, DNA match collaboration and heritage tours.

Recent meeting - Tuesday 17 August - Branch  members' 'out' meeting in the afternoon: a guided walk round Roundway Asylum site and burial grounds. The burial grounds are in the Drews Pond Woods and have a great sense of history and mystery.  We were led on the walk by Geoff Mascall who has been transcribing the Asylum burial records for a decade or more.  Afterwards we met for tea and cake and (for the first time for over a year) a face-to-face chat. 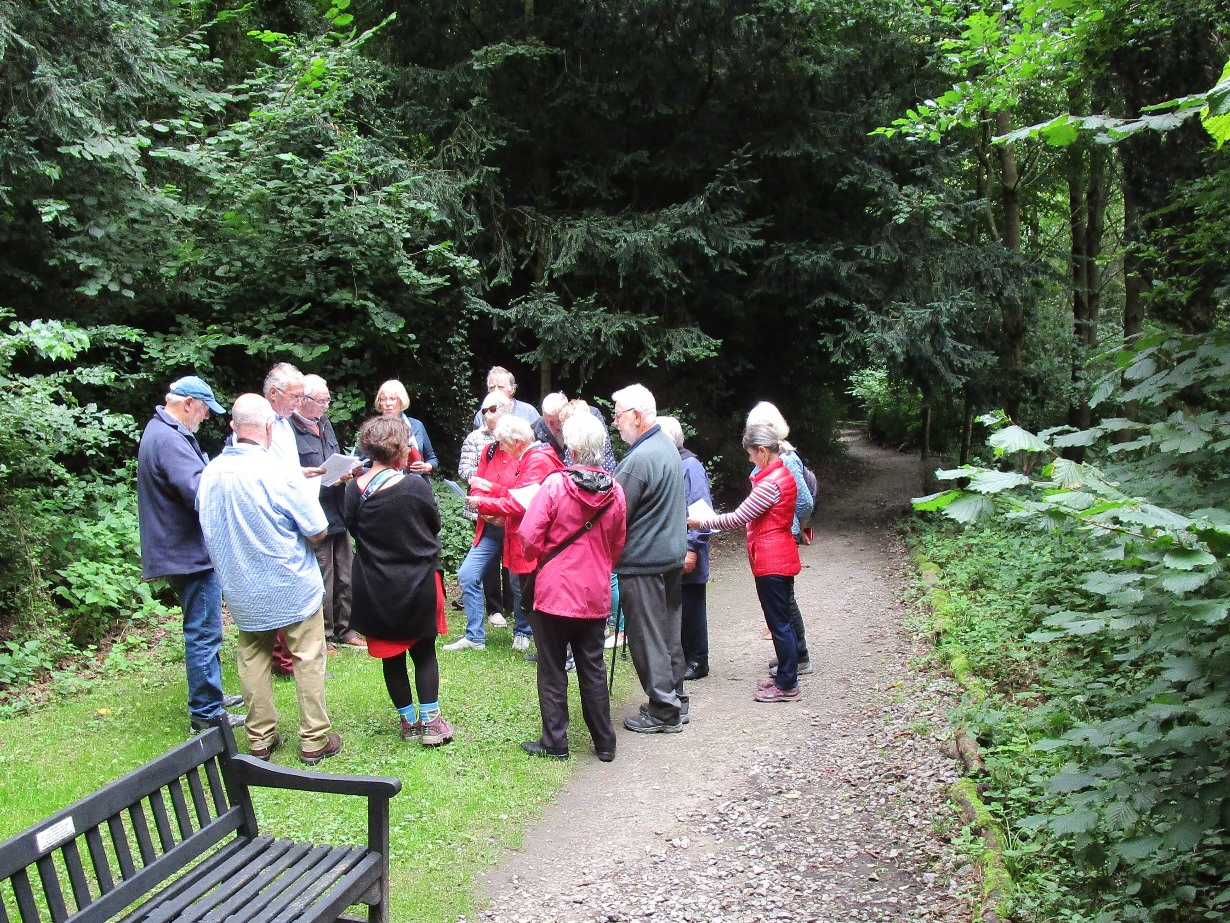 Recent Zoom meeting - 20th July - 20 July, AGM and Members’ Evening.  At our brief AGM our branch officers were elected although we still need Branch and Progranmme Secretaries. Please contact This email address is being protected from spambots. You need JavaScript enabled to view it. if you would like to know more:  neither post is onerous and both are of course essential.  In the Members’ Evening we heard about an ancestor who went to India in the mid-1800s having married a soldier and then spent about thirty years overseas during three marriages.  We also heard about an ancestor who was reputed to be a tramp but turned out to be an “itinerant labourer” and went on to work on military railways during World War 1.

Recent Zoom meeting - 15th June - Helen Baggott - "Posted in the Past".   Freelance editor and writer Helen revealed the true stories behind postcards sent more than a hundred years ago.  She had used genealogical techniques to uncover a wealth of fascinating stories, many with Wiltshire connections. She had started by investigating a First World War soldier's postcards found at a car boot sale, and eventually published her stories on line and in a book, resulting in rewarding links with distant researchers.

Access: 800 yards along A342 towards Andover: signed on the right by the pedestrian crossing.
Contact: Branch Chairman David Weaver on 01380 723191 or This email address is being protected from spambots. You need JavaScript enabled to view it.

For all our publication sales.